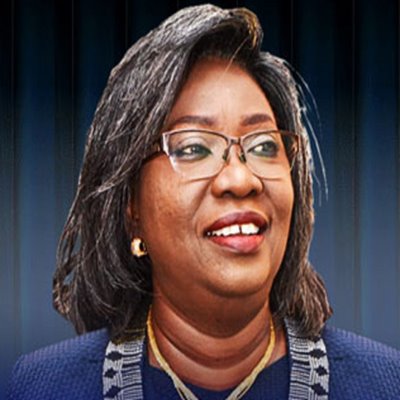 Minister of Mines and Geology Senegal

Engineer Geologist, holds a Master's degree in Science and a Doctorate of State Ex Sciences in General Hydrogeology, Applied Geophysics, Isotope Hydrochemistry, Dr. Aissatou SophieGLADIMA is a professor-researcher in the Department of Geology of the University Cheikh Anta Diop Dakar.

Formerly Head of the Water and Research Commission of the Global Water Partnership Monitoring Committee, Dr. Gladima has been National Coordinator of the Senegal Wetlands Network of the International Union for Conservation of Nature (IUCN).

DrGladima was Technical Advisor to the Primature, in charge of mines and hydraulics, President of the Board of Directors of the National Institute of Pedology and Minister of Posts, Telecommunications and ICT, and until her appointment as Minister of Mines and Geology in September 2017, she held the position of Director of the National Agency for Applied Scientific Research (ANRSA).

True environmental activist, the geologist is in several movements of struggle for the preservation of the environment and learned societies. Member of the office of African Association of Women Geologist (AAWG), President of the Geological Society of Senegal (SGF) and the A Senegalese member of the African Association of Women in Geosciences (ASFEG), Dr. Gladima has been a West Africa advisor to the Geological Society of Africa.