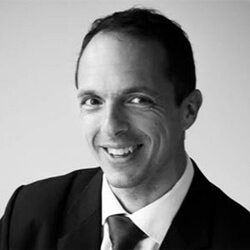 Remi Piet is a Senior Director at Americas Market Intelligence (AMI) and co-leader of the firm’s Natural Resources and Infrastructure Practice. Remi leads political and other risk analysis activities for the mining, energy and infrastructure sectors in Latin America. Be it a snapshot country and counterparty risk analysis ahead of an asset purchase or the on-going monitoring of on-the-ground risks for miners and energy players, Remi leads the design and execution of bespoke engagements for our clients.

He has worked on projects in more than 60 countries across Latin America, Asia and Europe and taught at several universities including the University of Miami, HEC (Paris) and Qatar University. In addition, for nearly a decade Remi led the development of a French multinational in Latin America, overseeing operations in South and Central America as well as in the Caribbean. He has traveled and worked in 24 LatAm markets since 2002.

Remi is fluent in Spanish, English and French. He has a comprehensive understanding of the political and macroeconomic structures in the Americas as well as practical experience in business development in the region. Remi has coauthored several publications and books. His last co-edited volume to be published early 2017 is entitled “Energy Security and Environmental Sustainability in the Western Hemisphere” (with Dr. Bruce Bagley and Dr. Marcelo Zorovich).

Remi received a PhD in Political Economy from the University of Miami, a MBA from Laval University (Canada) and a Masters in Economics for Developing and Transitioning countries from Universite Paris La Sorbonne.

"What Practices Can End-users & Investors Put Into Place to Support Sustainable Mining Practices?"