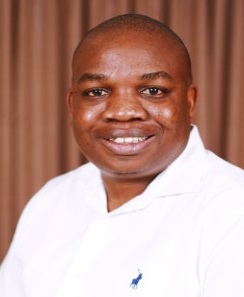 MUSA MABASA’s passion for mining can be tracked back to 2009 when he started as a Professional in Training (PIT) in Exxaro. Musa has been in the mining fraternity since the beginning of his career and he loves what he is doing – and that is mining. Musa progressed within and has been appointed in various roles in Exxaro. In 2012 Musa Mabasa was appointed Production Manager Exxaro Tshikondeni. In 2014, Musa joined Exxaro Matla Coal as Production Manager, Mine 1.  He then was seconded in 2015 to join Mafube Coal,  as Mining Manager . In 2017, Musa was appointed as the Mining Manager at Exxaro Leeuwpan and on 01 October 2019, Musa then went back to Exxaro Matla Coal and occupied a position of Mining Manager, responsible for mining operations. The highlight of his career was wining the 2018  standard bank rising star in the metals category.

•A BSc degree in Mining Engineering from WITS
•An MDP from the University of Pretoria (UP)
•MBA from GIBS, and
•Mine Managers Certificate with the Department of Mineral Resources (DMR)
All speakers
Time and date

02/05/2020 13:30 02/05/2020 14:30 Startups Unearthed Africa In partnership with Unearthed Solutions, 3 startups – along with their industry partners – showcase the hottest new technologies for the mining sector

A colliery, owned by a Anglo American in South Africa implemented Fewzion during a MOS project run by an Australian consulting business. At the time the site experienced poor production results and poor safety records, there was also a lack of coordination of work and people. Since the implementation of Fewzion in 2014 the operation saw an immediate improvement in the coordination of work each shift. This resulted in an increase in production results by 15% in 12 months and 32% sustained growth, and has delivered and estimated savings of $80m per year.

Commit Works software have delivered massive production and safety improvements for some of the world’s largest mining companies. The easy-to-use, complete solution has helped large miners and small contractors to deliver 25 to 50 percent improvements in performance less than three months after implementation on site; and enabled many mines to sustain their results for over four years, through successive management teams and ownership


2. Collaboration as a driver of successful digitisation and innovation

There’s a barrage of new technologies and systems in the mining industry all with the promise of unpresented value-add and functionality. Why then do so many operations struggle to extract even 50% of the value from most of these systems? AVA and Exxaro will unpack the successful turn-around strategy of their overburden fleet from the sudden loss of the mines major contractor to the on-boarding of a new contractor, while also developing an emerging contractor. They managed to do this while maintaining a safe operation and exceeding targets. This is the flexibility and focus of a collaborative team with accurate and transparent metrics matched by a digital platform.

Companies across the globe and industries, with varying levels of digital and innovation maturity and are consistently finding that the people element of Digitalisation is overlooked. This talk will be about how SiMINE collaborates with organisations to help them harness the value of their people to ensure effective implementation of technology and innovation initiatives.